Jessica Shine graduated from Grammy award winning Spring High School under the direction of Denise Eaton and David Landgrebe. She then attended Sam Houston State University where she studied Music Education. During this time, she was a member and the alto section leader of the Women’s Choir and the Sam Houston State University Chorale, an ACDA and TMEA performing ensemble. Throughout her undergraduate studies, Jessica had the opportunity to work with and learn from Dr. James Franklin and Denise Eaton, as well as many choir directors in the greater Houston area.

Jessica is a founding member of Casulana, the Women's Choir of Houston. 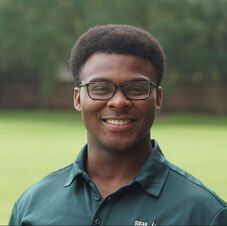 Christopher Walker graduated from Cy-Fair High School where he was a choir member under the direction of Jed Ragsdale. In his Jr. year, Christopher made the TMEA All-State Men's Choir.  Christopher then went on to Houston Baptist University where he graduated with a degree in Music Education. At HBU, Christopher had the opportunity to study Choral Techniques under the direction of Dr. John Yarrington and Dr. Terre Johnson. In the spring of 2019, Christopher conducted a concert at the San Zeno Cathedral in Verona, Italy. He also studies piano with Dr. Yung-Chiu Wang. Christopher is a member of TMEA, TCDA, and ACDA where he learns valuable information in regards to music education.

This is Christopher's second year of teaching. He is very excited to begin his career with Mayde Creek High School.